What is Raspberry PI 3

What is Raspberry Pi ?

The Raspberry Pi is a computer smaller than a credit card, it was a real hit! The last third generation of the famous raspberries - Raspberry Pi 3 Model B+ - minikomputer powerful enough to use in desktop. Thanks to the integrated Wi-Fi and Bluetooth is no longer required bought of wireless modules USB.

On the Board size of 85.6×56×21 mm is the new CPU Broadcom BCM2837B0 SoC with four 64-bit cores ARM Cortex-A53 with a frequency of 1.2 GHz. The last of the Raspberry equipped with an integrated system of graphic, Videocore IV runs on a faster frequency with a frequency of 400 MHz.
For this minikomputer has a built-in 1 GB RAM LPDDR2 900 MHz, and a radio chip Cypress CYW43455, which provides dualband (2.4 GHz / 5 GHz), Wi-Fi 802.11n/ac and Bluetooth 4.2/LE. The Board also features a USB/Gigabit Ethernet (100/1000 Mbit/sec) SMSC LAN7515 with PoE (Power-over-Ethernet) support using dedicated PoE HAT and four USB 2.0 ports. Is extremely useful for the applications in table large HDMI output and audio-video mini-Jack output. Standard minikomputer equipped with a CSI camera connector, serial DSI interface for display, power connector microUSB. Equipped, of course, 40-pin GPIO connector, through which Raspberries is popular for purposes related to electronics and control. Space is the microSD card that you want to buy. 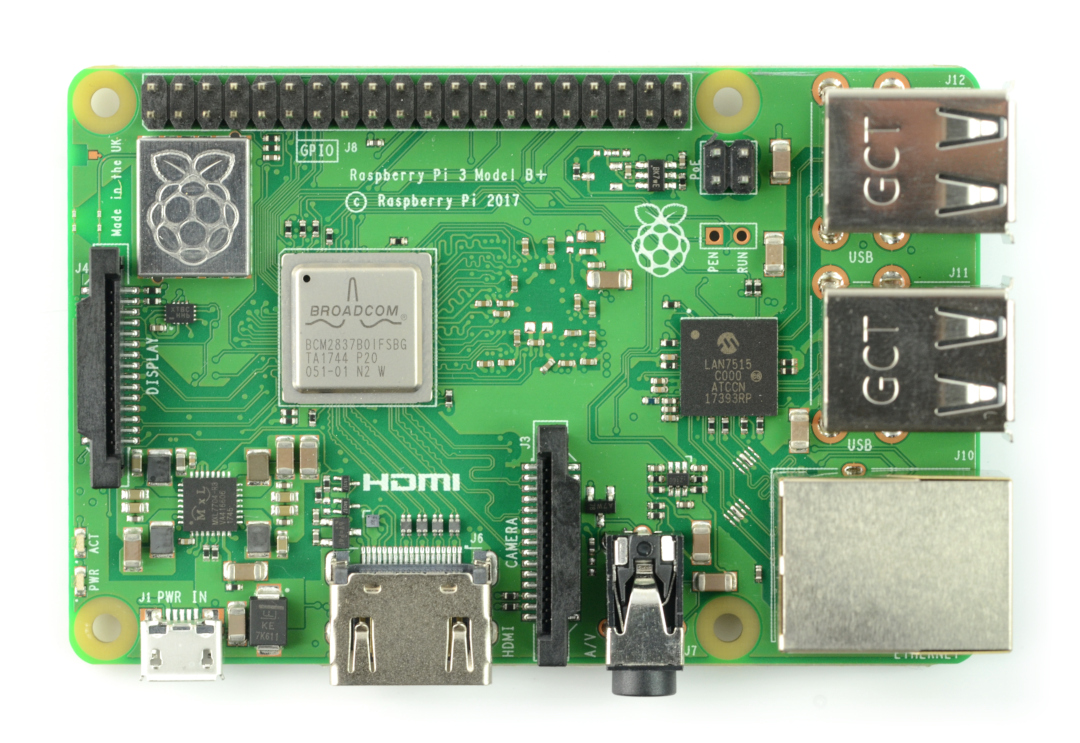 Accessories for Raspberry PI 3B+

Why buy a Raspberry PI 3B+

Raspberry gives us the opportunity to work in the latest version of Raspbian, but using the NOOBS installer, it's possible to install two operating systems: OSMC_Pi2 ( easy to use media center) and Windows 10 IoT Core (for users accustomed to Microsoft). 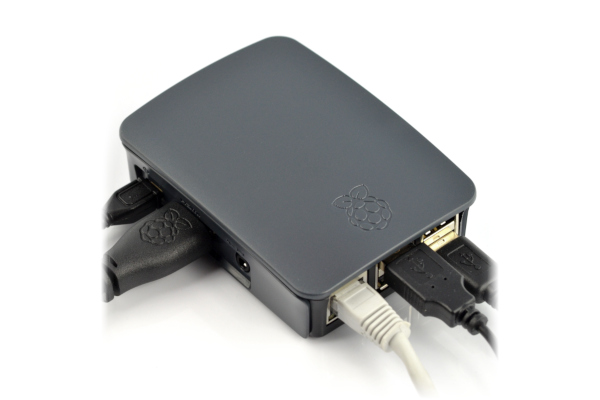 At the moment, none compares to the Raspberry Pi affordable community, documentation and software. And free license to Mathematikę it can be tempting to purchase not one disciple or student.